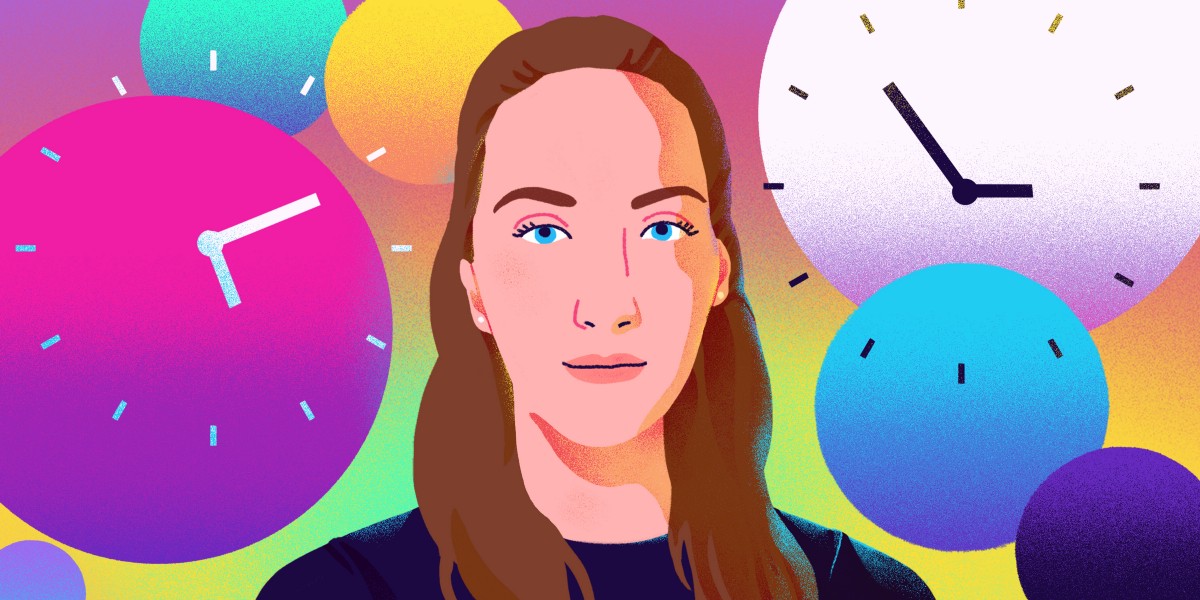 Teresa Harris on the four letters that changed everything: PCOS

The first time I noticed my period was missing was shortly after I moved to Toronto, in late 2014. I’d graduated from university, broken up with my boyfriend, and taken a summer internship at a marketing agency. My life had started on a new, terrifyingly exciting path, one that felt so right, and yet completely overwhelming to this small-town girl raised on a farm.

Thankfully, my fledgling big-city life quickly came together. My internship evolved into a full-time copywriting gig; workplace acquaintances evolved into friends; and when my period didn’t arrive as expected following my decision to stop taking the birth control pill, I wasn’t worried. I was even slightly excited — what woman wouldn’t be relieved to have a break from monthly PMS and spending a small fortune on feminine hygiene products?

And yet, as weeks turned into months, and new symptoms cropped up, I turned to Google for answers. My search, rather than alleviating my worries, introduced me to an acronym that would dominate my mind for years to come: PCOS.

Polycystic Ovarian Syndrome (more often referred to as PCOS) is a common hormonal disorder that affects females during their reproductive years. Diagnosis is based on the patient presenting at least two of the following three findings: anovulation (when ovulation and menstruation do not occur), clinical or biochemical signs of androgen excess, and ovarian cysts. Many women present atypically, or without classic symptoms, leading to delayed or controversial diagnoses. Symptoms can include acne, excess body and facial hair, and patches of thick, darker, velvety skin. Women with PCOS are also often diabetic, overweight, and at greater risk of heart disease, mood disorders, and endometrial cancer.

I went to a walk-in clinic to confirm my Google self-diagnosis. The doctor, suspecting PCOS from the get-go, referred me to a gynaecologist, who then referred me to one of the top fertility clinics in Toronto.

Walking into the clinic, it felt like I was in heaven — literally. The place was on the top floor of a premium office building, with gleaming white walls and a million dollar view of the city. Well-dressed women sat in the waiting room, some accompanied by their partners, others casually flipping through Vogue and Toronto Life. On the wall were portraits of infants, staring at the camera from the arms of their smiling parents, who beamed with gratitude that their fertility dreams had finally been realized.

I felt out of place. I wasn’t trying to conceive — quite the opposite, in fact — and while I had been mildly concerned about my condition, entering this new environment, one that treats the toughest-to-crack infertility cases, heightened my sense of worry that something was really, really wrong with me.

An ultrasound revealed multiple cysts on my ovaries, which, combined with my anovulation, sealed my PCOS fate. Despite being a completely normal weight and not even close to diabetic, for some reason my ovaries weren’t releasing my eggs.

“Entering this new environment, one that treats the toughest-to-crack infertility cases, heightened my sense of worry that something was really, really wrong with me.”

The doctor I saw attempted to assuage my fears, saying my mild symptoms and healthy blood work were not a cause for concern. She informed me that I had plenty of eggs in my ovaries, and that one day, when I decided to become pregnant, it would likely be possible.

“Likely be possible.” As a twenty-something who loved babies and looked forward to becoming a mother one day, this was an unsettling prognosis. “Likely” didn’t feel good enough. Where was my course of treatment that would change that “likely” to a “definitely”? If I was so healthy, why was this happening to me?

I left the fertility clinic feeling confused, frustrated, and scared. The internet didn’t corroborate my doctor’s theory — that I had “so many eggs none of them were able to be released” — and I speculated that she’d missed something. I’ve always loved sweets, so what if I was, despite my normal weight and lack of symptoms, pre-diabetic? If this was indeed “nothing to worry about,” why were there so many online forums detailing women’s continuing struggles with conceiving after a PCOS diagnosis?

“If I was so healthy, why was this happening to me?”

I spent the next three years researching, accepting, and sometimes panicking about my condition. I learned about the various fertility drugs often used with PCOS patients, deciding which ones would probably work for me, and which ones I wouldn’t even bother with when the time came. At times, I cut out sugar, convinced I was insulin-resistant and the excess sweets I consumed were behind my syndrome. I even considered opening a savings account with the sole purpose of one day funding IVF, or even adoption.

I would scour the internet in search of answers that only confused me further. I dwelled on a future of infertility woes. My anxiety — for which I was on medication, having lived with generalized anxiety disorder since childhood — was high. I let PCOS overwhelm me.

It wasn’t until I starting working at Dot Health a few months ago, and got access to all of my records from the year of my diagnosis, did I start to understand the details of my condition.

According to blood tests, I was neither insulin resistant, nor pre-diabetic. Despite my mild hirsutism, a condition of unwanted, male-pattern hair growth in women, my testosterone levels were completely normal. For my doctor, my symptoms were “probably the result of low body fat, and a relatively high level of activity,” as she dictated in a letter to the gynaecologist who’d referred me to her in the first place. Until now, I had been completely unaware of any of this.

There’s no cure for PCOS. It’s a syndrome that requires long-term ‘management,’ usually in the form of diet and exercise to manage weight, or in some cases, anti-androgen medication to lower elevated testosterone.

At the recommendation of my doctor, my only treatment has been resuming the birth control pill, for multiple reasons: to combat my acne; to prevent uterine cancer, which can develop if the lining of the uterus isn’t shed often enough; and, of course, to prevent pregnancy. I still don’t know if I’ll ever get a ‘normal’ period, and my PCOS symptoms haven’t gone away completely. I don’t know what conceiving a child will be like for me, or if any of the countless internet recommendations — from removing ‘toxins’ from beauty products to consuming adaptogens — could actually help me. What I do know now is how important it is to get access to your test results. If you’re anything like me, do yourself a favour and save yourself the stress, the fruitless worry, and get the full picture — from the get-go. 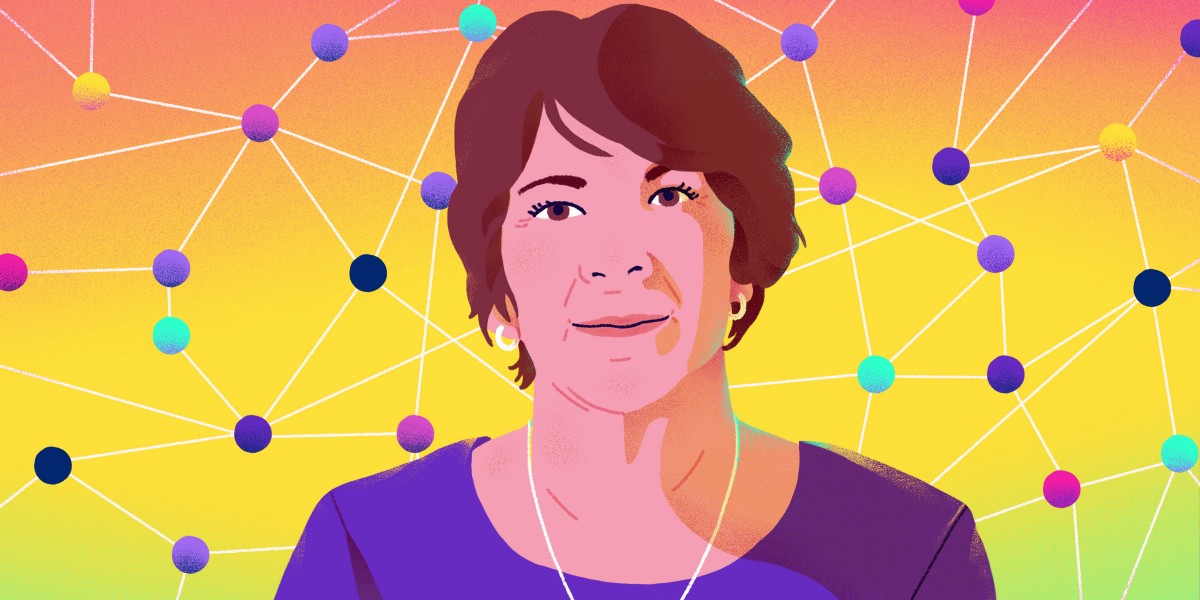 Ev McDowell went to her doctor for routine blood work. When test results showed low hemoglobin levels & something called ‘sticky cells,’ Ev got a bit worried, but thought: “At least it’s not cancer.”

COVID-19: How to keep safe and track your symptoms

During this uncertain time of the Coronavirus outbreak, embrace social distancing by staying at home to limit the spread of disease. If you're experiencing symptoms, start tracking them on the Dot Health app.