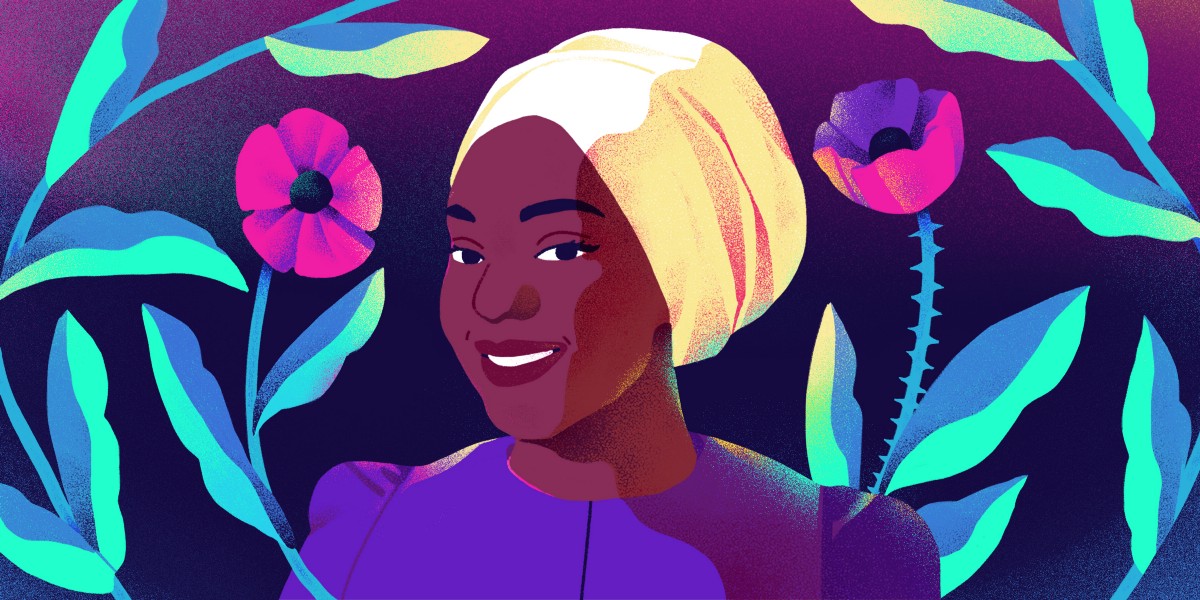 When her pain persisted, so did Tendisai Cromwell

For months, Tendisai Cromwell lived with inexplicable pain. At the grocery store, throughout her work day, as she cared for her infant daughter — the pain was her companion. For months, she visited walk-in clinics, doctors, and specialists, from Alberta to Ontario, with little progress made in alleviating the ache in her abdomen.

Eventually, Tendisai was able to find the relief she needed. Yet, even once the pain subsided and she was free to move on with her life, the solution to her pain felt unsatisfying, as did the route she took to discovering it.

In the summer of 2016, roughly six months after Tendisai gave birth to her daughter, she chose to get an intrauterine contraceptive device (IUD). IUDs are small, often T-shaped devices placed inside the uterus by a doctor, nurse practitioner, or nurse. Once placed, the devices work continuously to prevent pregnancy over years, and can be removed relatively easily, at any time, by a healthcare provider. According to the Canadian Paediatric Society, IUDs are the most effective method of contraception, with a failure rate of just eight in 1,000. Planning to prevent any immediate future pregnancies, Tendisai found the IUD as the perfect birth control option for her at the time.

IUD insertion is often associated with PMS-like cramping, so she wasn’t surprised or concerned when immediately following the procedure she experienced abdominal pain. When the pain continued long past what was reasonably expected, Tendisai and the healthcare providers she saw attributed the intense cramping to a cyst on her uterus. The cyst was diagnosed as non-cancerous, but due to the amount of pain she was experiencing, Tendisai advocated relentlessly for treatment.

“You have to advocate for yourself.”

“I saw multiple doctors, starting in walk-in clinics, where they tend to treat you like a number,” she explains, remembering only having her pain taken seriously once she burst into tears during an appointment. “You have to advocate for yourself.”

Several consultations later, she was referred her to have the cyst surgically removed. Unfortunately, Tendisai would have to wait six months for the appointment. Then, a week before her appointment date, she unexpectedly had to relocate from Edmonton, Alberta, where she had been living, to her home province of Ontario.

Back in Ontario, Tendisai continued searching for the cause of her debilitating pain, fighting to see specialists and undergo what she felt was necessary testing. Generally, her feelings were validated by the doctors she saw, yet conflicting courses of treatment — even a brief cancer scare which was unfounded — left her feeling defeated by the system. During this struggle to be heard and believed, Tendisai realized how difficult navigating this health care system is for others who aren’t in her position.

“I speak English, I’m educated, I project a middle class vibe. I’m taken more seriously than a lot of people,” she says. “But as a minority black woman, it’s still not always easy.”

When the gynaecologist that Tendisai saw in Ontario advised against surgical removal of the cyst on account of its small size, Tendisai decided to take matters into her own hands. Frustrated, exhausted, and still in immense pain, she had her IUD removed, against the recommendation of her health care providers, who claimed it was unrelated to her discomfort. “Not one doctor had entertained the idea that the IUD could be the source of my pain,” Tendisai says.

Almost instantly after the procedure, she felt relief. The pain subsided, and at last, Tendisai was freed from consistent cramping and worry. “Now that the pain has gone, and I’ve been given a clean bill of health, I feel a deep sense gratitude.” Tendisai reflects on her experience of Canada’s healthcare system over the past couple of years with mixed feelings.

“Ultimately, at the end of the day, despite seeing so many doctors, I got the care I needed,” she concedes. “I was able to get the tests I needed, I had access to medical professionals who could help me, and my family doctor acted swiftly to ensure I was taken care of.”

And yet, to this day, Tendisai and her doctors aren’t sure why the IUD, which was placed correctly, caused her so much pain. However, one thing she is sure of is that going forward, she’ll come prepared to deal with a system that, in many ways, failed her this time around.

Moving forward, Tendisai is dedicated to tracking her own symptoms and taking meticulous notes on any future conditions. This way, when she meets with her doctor, she’s able to speak confidently and articulately about her experiences, knowing now that unless you take your own experience seriously, you may miss out on the care you need.

Ask Dr. M: Why do my loved ones and I need vaccinations?

With so much in the media these days around vaccinations, I’m left wondering — is it worth it to vaccinate my kids? What are the risks?

My doctor ordered me to take a urine test, which I’ve never done before. Why does my urine need to be tested?